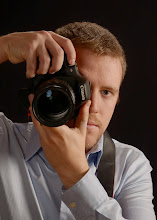 Joel Brewton is a freelance photographer from Pittsburgh, PA.  He has a Bachelor of Arts degree in photojournalism from Point Park University where he learned under the teachings of Christopher Rolinson of StartPoint Media and currently works as a part-time staff photographer for the "Herald Standard" in Uniontown, PA. He has had his photos featured in the "Associated Press" as well as several local newspapers and magazines.

As an aspiring photojournalist, Joel's primary focus of images is documentary work of groundbreaking events and movements, particularly in the greater Pittsburgh area such as the G-20 Summit and the Occupy Pittsburgh movement.

Currently armed with his Canon EOS 7D, Joel is available for hire for events and portrait sessions. Specialties include weddings, celebrations, fundraisers and other such moments where memories need to be captured in the most creative and aesthetically pleasing way possible.